GMAT Vs GRE: 25% Of B-Schools Say GMAT Takers Have Advantage Over GRE Takers

Does the GMAT give MBA applicants an edge over GRE takers?

Despite the increasing popularity of the GRE, the GMAT may be the best business school admissions test for MBA applicants, according to a Kaplan Test Prep study published on Wednesday.

The report, based on a survey of 222 top business schools across the US and the UK, found that 25% of the admissions officers said applicants who submit a GMAT score have an admissions advantage over those who submit a GRE score.

She said the top European school prefers the GMAT over the GRE because it calculates eligibility for MBA scholarships based on GMAT results.

“If we get sent a GRE score we have to do a conversion online,” she added. EDHEC accepts both test results, but roughly 80% of candidates submit GMAT scores, Nikki said.

And more than 40% of admissions officers reported an increase in the number of applicants submitting GRE scores year-over-year.

Although 74% of admissions officers said they regarded the GMAT and GRE as equal, Brian Carlidge, executive director at Kaplan, advised applicants to “gather admissions intel” from their preferred schools before deciding which test to take.

“Some schools are reluctant to give both tests equal footing,” he said.

The result may be concerning for ETS, the administrator of the GRE admissions exam. Jason Baran, ETS’s public relations manager, rebutted the suggestion that business schools prefer the GMAT over the GRE.

He said: “Prospective MBA students who want to leverage the benefits of the GRE test will be glad to know that most of these schools are following Harvard Business School’s lead in weighting GRE scores equally with other business school admission tests.”

Ben Glover, regional managing director for Europe and the Middle East at GMAC, owner of the GMAT, said “the GMAT may well be preferred” by business schools.

In recent years, the GRE has come to be regarded as a viable alternative to the well-established GMAT.

But the figures when compared can be misleading. The GRE covers graduate programs and the GMAT only business schools — total GRE volume is buoyed by other fields.

Virginie Fougea, INSEAD’s associate director for admissions, said: “We have been accepting the GRE for close to five years.”

She added: “As INSEAD has a strong focus on international, professional and educational diversity, this test [the GRE] contributes to our effort to attract a globally-varied applicant pool.”

Yet with only 2% of admissions officers actually saying they rate the GRE over the GMAT, it still has a long way to go to become the dominant admissions test for MBA applicants. 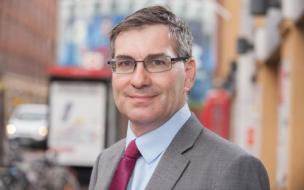 MBA Vs Masters: Which Should You Choose? 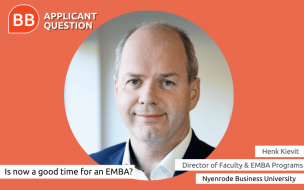 Is Now A Good Time For An EMBA?