MBA Rankings: US News Vs Bloomberg Vs The Economist

Why is Dartmouth's Tuck School of Business ranked 11th by US News but second by Bloomberg? David White explains ©Tuck Facebook

In part two of our MBA Rankings special, David White of Menlo Coaching compares MBA rankings by US News, Bloomberg Businessweek, and the Economist

The key to understanding the variation in MBA rankings comes in examining the methodologies and identifying the factors that each list privileges.

Though each vendor who publishes MBA rankings purports to be objectively measuring program quality, minor differences in evaluation could account for minor changes, such as Harvard’s move from second to third across the Economist and Bloomberg Businessweek, but major differences like those outlined in part one of our MBA rankings exploration go unexplained and unjustified.

Below, we explore the subjective criteria of each MBA rankings publisher.

The US News ranking is based on several different metrics, divided into three categories: Peer assessment, Recruiter assessment, and School data.

Business school deans and directors, as well as corporate recruiters and company contacts, supplied responses for the Peer and Recruiter assessment, while the School data is sourced from mean GMAT and GRE scores, employment rates post-MBA, and acceptance rates, among other stats.

Compare the ranking of Harvard Business School by US News and the other two lists; while The Economist and Bloomberg Businessweek rank Harvard second and third respectively, US News ranks Harvard sixth.

Considering that Harvard has traditionally been in the top three of MBA rankings for years—in fact, 2020 is the first year since 2015 Harvard was not ranked in the top three—how is it possible that the program could fall so abruptly?

One explanation might be the fact that US News relies so heavily on peer assessment while other rankings do not.

The use of peer assessment is a major risk to the objectivity of the ranking, as top MBA programs are in competition with one another, often for the same students, and thus top programs schools have a vested interest in downgrading their competitors.

After all, the only way to climb in the ranking is to push someone else down. In this way, the US News ranking introduces an element of competition that encourages ranking not for program quality but for the purpose of increasing one’s own standing.

The Best Business Schools In The US | US News Ranking

The Businessweek ranking is created based on the responses of over 10,000 students and over 3,000 companies that recruit at US business schools.

Businessweek divided the survey questions into four major categories, and asked respondents to assign weight values for each. The categories include Compensation, Networking, Learning, and Entrepreneurship.

While the Compensation category is based in part on quantitative data, almost 70% of the Businessweek ranking relies on qualitative input.

In the case of Tuck and Darden, inconsistencies in methodology between the various rankings actually benefit both schools on the Bloomberg list.

And while this is excellent for students who may be interested in applying to either program, it underscores the arbitrary nature of MBA ranking criteria. Of course it is worth pointing out that for those who are not interested in the categories from which Tuck and Darden benefit, blindly following the Businessweek ranking may set them up for disappointment.

Tuck and Darden rank 12th and 11th on the US News ranking, respectively, and 11th and 16th on The Economist. Conversely, on the Businessweek ranking Tuck shoots to an astonishing second place, with Darden in fifth!

The primary reason for this comes down to the uncommon subcategories that inform the listing: Networking and Learning.

Tuck, famous for its tight-knit MBA community, ranks first overall in the Networking category, inflating its score. Darden, equally famous for the academic rigor of its program, ranks second in Learning, which helps it break into the top five.

Compared to other rankings, which do not place as much emphasis on these subcategories, Tuck and Darden are anomalies.

For those applicants exclusively interested in the academic dimension of an MBA, Darden’s ranking in Businessweek would be welcome news. For those less interested in academics, failure to interpret the ranking carefully may very well lead to a false impression of the desirability of the program.

Best Business Schools In The US, Europe, Asia-Pacific & Canada—Ranked By Bloomberg Businessweek

The ranking published by The Economist is based largely on School Data but also includes a Student Survey.

As is the case with most rankings, School Data consists of things like average GMAT scores and salaries of the alumni. For both of the major categories, the ranking uses the following weights: New Career Opportunities, Personal Development/Educational Experience, Increase in Salary, and Potential to Network.

The problem with an analysis of The Economist’s ranking, which differs in many respects from that of US News and Businessweek, is that there is no formal statement about the weights of their sub-rankings.

Take, for example, UCLA and NYU Stern. UCLA ranks sixth overall, despite the fact that it only earns high scores in New Career Opportunities. NYU Stern, by comparison, scores decently on Increase in Salary and Network Potential, yet only ranks 17th overall.

The Economist does not expand on their rationale for their sub-rankings, making it virtually impossible to understand the outcome of their analysis and giving readers no objective reason to take The Economist rankings seriously.

Time and again, the consultants at Menlo Coaching have to dissuade MBA applicants from relying too heavily on the rankings.

And for all the reasons outlined above, it’s clear why they are not to be trusted: rankings use arbitrary metrics to make unfair and unrealistic comparisons across US and international business schools. If you count on MBA rankings to guide your school selection, you’re bound to be led astray.

Instead of relying on rankings, take the time to think about your professional aspirations, your temperament, and your general personality. Then, conduct research on MBA programs to figure out which school is the right fit for you—regardless of its position on some list. 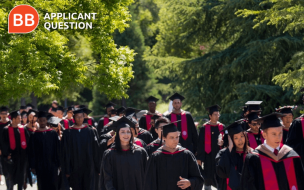 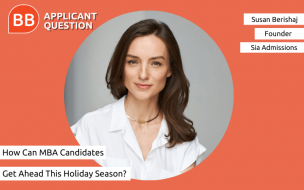 How Can MBA Candidates Get Ahead This Holiday Season? 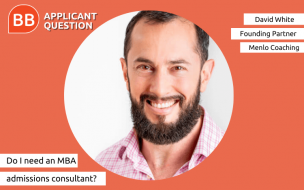 Do You Need An MBA Admissions Consultant?