Find out which business schools offer the world’s best Executive MBA programs as we compare the latest EMBA rankings from the Financial Times, Economist, QS and US News

The Economist ranks Berkeley Haas’s EMBA program as the best in the world. US News—a US-only ranking—places Chicago Booth’s EMBA program in pole position. The joint EMBA by HKUST and Kellogg School of Management sits atop the latest Financial Times ranking, while Wharton tops the QS list. They can't all be right, can they?

When it comes to comparing EMBA programs, you need to look further than one ranking alone. The different results stem from the different methodologies behind each ranking. If a school performs consistently well in each ranking, that's a good sign that its EMBA program is among the world's best.

Here, we compare the major EMBA rankings tables to help you identify which ranking best matches your career goals and the best EMBA programs on the market.

The Economist. For the all-rounder

The publication invited all the schools that are included in their annual full-time MBA ranking to take part.

QS’s ranking is weighted heavily by how employers see the attractiveness of each program’s graduates (30%), and how academics rank each institution’s research credentials (25%), totalling 55% of the overall ranking.

The rest of the ranking is made up by years of work experience (5%), management experience (5%), C-Suite experience (10%), number of nationalities in the class (5%), female representation (5%), salary increase 12 months after graduation (10%), and whether a candidate was promoted within 12 months of the EMBA (10%).

To be eligible for the QS EMBA ranking, schools must have at least one graduating class, and have accreditation from either the Association to Advance Collegiate Schools of Business (AACSB), the Association of MBAs (AMBA), The EFMD Quality Improvement System (EQUIS), or EPAS.

The Financial Times. The salary ranking

To participate, schools must have accreditation by either AACSB or EQUIS, and the program must have students enrolling and graduating together (cohort-based), with at least 30 graduates each year.

With each ranking throwing up such wildly different results, it's hard to say which schools offer the best EMBAs. Ranking alone is a sure sign of quality. But there are schools which perform well across the EMBA rankings tables.

The University of Oxford’s Saïd Business School sits in eighth place in QS’s Global ranking, and just outside the top 10, in 11th, in The Economist’s 2020 EMBA ranking.

IESE Business School boasts a strong performance across the board. The school's EMBA program is ranked eighth in the world by the FT—a jump of four places from last year—seventh by The Economist, and second by QS.

The TRIUM EMBA features in fourth place in the FT’s EMBA ranking and in first place in QS’s Joint ranking. The program therefore performs highly when it comes to post-EMBA salary, the attractiveness of graduates to employers, and as a renowned source of academic research.

If you are looking solely at the US for your EMBA, then it's worth browsing the Executive MBA ranking by US News & World Report, which only ranks US schools. Chicago Booth tops this ranking, followed by Kellogg, Wharton, Columbia, and NYU Stern.

When looking at the rankings it helps to know what you want from your Executive MBA. If it’s a salary spike, then the more heavily weighted FT ranking might be better guidance. If you’re after a program that is well respected by employers and academics alike, then look to QS.

Elsewhere, if you’re after a well-rounded program, the Economist’s EMBA ranking is a good guide.

Though the methodologies of each Executive MBA ranking make it difficult to speak of any program as the absolute world’s best, there are two schools that rank consistently well across each ranking and are deserving of your attention.

They are the HKUST-Kellogg EMBA, a program that has hit the top spot in the FT's ranking this year after placing second in 2019 and, with an arguably more impressive, consistent standing across the EMBA rankings, IESE Business School, whose EMBA program is ranked eighth in the world by the FT, seventh by The Economist, and second by QS in 2020.

Is An Executive MBA Right For You?

Executive Assessment Online: What I Learned Taking The GMAT For EMBAs

Serious problem I read something about this on the site here https://essaysservicesreviews.com/

University of California at Berkeley: Haas 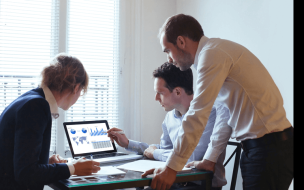 Is An Executive MBA Worth It? 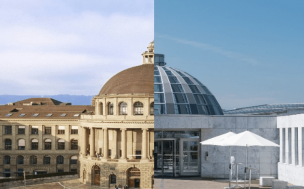 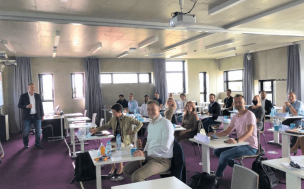 Why Study An Executive MBA In A Crisis?