How Many Forbes Billionaires Have MBAs?

Is an MBA an inroad into the three-comma club? We took a deep-dive into Forbes’ World's Billionaires list to find out

Do you dream of rubbing shoulders with the likes of Jeff Bezos and Bill Gates at the very top of the Forbes rich list?

With the huge salary increases that an MBA can provide, and more and more business school alums starting their own businesses, it’s understandable that many aspiring MBAs cherish this ambition.

But how many of the world’s richest businesspeople actually have MBA degrees? BusinessBecause took a deep-dive into the data to find out.

Where did the Forbes Billionaires go to business school?

Of the top 100 people in the Forbes Billionaires list, 11 have MBAs, though there are more business school alumni included in the list who pursued other degrees—for instance Warren Buffett, the third richest man in the world, who holds a Bachelor’s degree in Business Administration from the University of Nebraska.

The highest-ranking MBA is Michael Bloomberg at number nine: the founder, CEO, and owner of tech giant Bloomberg LP.

Bloomberg earned his MBA from Harvard Business School, like most of the other MBAs in the top 100. Indeed, according to an analysis by Betway Insider, Harvard is the most popular University among Forbes billionaires.

The next most-popular business school among rich list MBAs is Stanford Graduate School of Business, with four of the MBAs in the top 100 hailing from there.

That said, two of these Stanford attendees are dropouts: Mukesh Ambani at 13th place, a petrochemicals billionaire, and Steve Ballmer at 19th. Ballmer was persuaded to abandon his MBA by Bill Gates—number two on the Forbes list—in order to join him at Microsoft as a business manager.

Several Forbes billionaires earned their MBA degrees from universities in Europe. However, Russian steel magnate Alexey Mordashov, who earned his MBA from Newcastle Business School at Northumbria University, is the only European MBA in the Forbes top 100, at 48th.

Serge Dassault, former head of the Dassault Group an Executive MBA-holder from HEC Paris, was a regular in the Forbes 100 billionaires list before his death in 2018.

James Ratcliffe and Thomas Kwok, both graduates of London Business School, have dropped out of the top 100 in recent years.

James Ratcliffe, who earned his fortune as the CEO of Ineos chemicals, sits just outside at 110th. Thomas Kwok, joint chairman and managing director of Sun Hung Kai Properties, the largest property developer in Hong Kong, has plummeted to 916th after being imprisoned for bribery and in the context of geopolitical issues in Hong Kong

In a year when the number of women in the Forbes rich list is at an all-time high, there are in fact three women MBAs in the top 100. The highest-ranking among them is Susanne Klatten, an IMD Business School MBA who is an investor as well as a pharmaceuticals heiress.

No MBA degrees in the top 100 on Forbes’ list were awarded by a Chinese university.

This article was originally published in May 2018 and updated in March 2020. 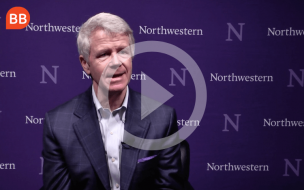 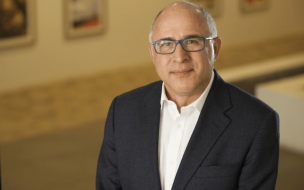 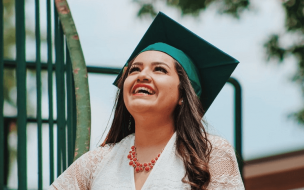 Applications Up At Business Schools In Canada, Europe & Asia As They Benefit From US Decline