Cryptocurrency is a growing force in the financial landscape, only accelerated by the coronavirus pandemic (©gopixa via iStock)

Cryptocurrency has been a financial buzzword ever since Bitcoin burst onto the scene over a decade ago.

The brainchild of an anonymous creator—known by the pseudonym Satoshi Nakamoto—Bitcoin, the virtual, decentralized currency, generated hype, enormous price fluctuations, and a slew of imitators like Ethereum and Litecoin.

The cryptocurrency hype even found its way into big tech. Facebook has been experimenting with its own digital currency, Diem (formerly Libra), since 2019.

The uptake and growth of cryptocurrency—and the blockchain technology it relies on—means it’s important for today’s business leaders to have a working knowledge of what this tech is, and how it can be leveraged.

“All businesses have to deal with issues such as electronic payments, customer privacy, network security, and database systems,” says Will Cong (right), associate professor of finance at Cornell University’s Johnson Graduate School of Management.

“A basic understanding of cryptocurrency and blockchain is not only necessary to survive, but also useful for future innovations.”

So, what exactly is cryptocurrency, what are its uses, and how might this branch of tech be leveraged in the coming years?

Cryptocurrency is a form of digital money. Unlike traditional currencies, it has no physical equivalent and exists purely online in a network of computers.

It’s usually decentralized, meaning that no single authority controls its circulation. Instead, transactions happen directly between peers, and the flow of money is typically tracked using blockchain technology.

A blockchain is essentially a virtual database. It’s spread across multiple computers and secures in a single place a chronological ledger of transactions. To be added to the chain, blocks must be approved by a majority of computers in the network. Because the blocks are chained together, to alter one you’d need to change the entire chain, for every computer across the network.

This makes removing or amending a block almost impossible and creates an enhanced level of security. It resolves issues of financial fraud and counterfeiting that often plague fiat currencies—government-issued currency not backed by a commodity, like gold.

In the case of Bitcoin, the security process also generates new currency. When a computer in the network completes the work of adding a block, it may randomly be rewarded with a Bitcoin: a process known as “mining”.

Producing Bitcoin at this slow rate helps prevent inflation within the system, but that hasn’t stopped the dollar value of Bitcoin fluctuating wildly since its launch. The value of Bitcoin dropped by 12% in the space of a week at one point, toppling from an all-time high valuation of $34,000 to $29,000.

The volatility comes down to the intense speculation that surrounds it, explains Seen Meng Chew (above right), associate professor of practice in finance at the Chinese University of Hong Kong (CUHK) Business School.

“The value of cryptocurrencies is still mainly driven by speculative activities,” he notes. The perceived value of these currencies has been influenced by their reputation in the media, as well as events like the 2014 bankruptcy of Mt. Gox—the largest cryptocurrency exchange platform at the time.

The uses of cryptocurrency

The use of cryptocurrency is expanding. Many major retailers already accept cryptocurrency payments, including Starbucks, Whole Foods, Virgin Mobile, and several airlines.

“If a digital currency becomes universally accepted as a medium of exchange of value, then it has the potential to replace fiat currencies,” thinks Seen Meng.

Greater accessibility to cryptocurrencies could greatly help people without access to traditional banking. In the US alone, this amounts to around seven million unbanked people.

Anyone with a smartphone can send and receive cryptocurrency payments, removing the need for a central bank. Easier access to this credit would provide the unbanked or underbanked with wider access to goods and services.

Another key application is in smart contracts. These contracts use blockchain technology and cryptocurrency—usually Ethereum—to facilitate the terms of a contract more easily, and ensure legality is upheld and funds transferred between client and customer.

Bitcoin is also an enticing opportunity for investors, explains Kai-Lung Hui, chair professor of information systems at the Hong Kong University of Science and Technology (HKUST).

“Bitcoin is sometimes called ‘digital gold’ because of its ability to retain value even as fiat currencies experience inflation,” he says.

In the midst of the recession triggered by coronavirus, Kai-Lung predicts this use will become more popular. However, the pandemic does not seem to have caused an increase in cryptocurrency spending among consumers.

The future of cryptocurrency

“Decentralized currencies like Bitcoin and Ethereum are gaining momentum,” observes Kai-Lung. “More accounts are being created every day, which shows that more and more people are participating in the network.”

At the same time, many governments are working on digital currencies of their own.

“If these digital currencies are successfully introduced in the next few years, it could really change the current monetary system.”

These digital currencies would not necessarily use blockchain technology since they could be secured by a central government authority.

Rather than increased security, the main advantage for governments would be leaving behind third-party payment platforms like Visa, Mastercard, ApplePay and AliPay, thereby lowering transaction fees for themselves and customers.

Government-backed cryptocurrencies could compete with the likes of Bitcoin and Ethereum and find it easier to gain mainstream traction.

But Kai-Lung (Right) doesn’t think that government-issued currencies will quash the market for Bitcoin altogether. People who want to make anonymized transactions and avoid central banks won’t be deterred, he says.

The blockchain technology that underpins cryptocurrencies like Bitcoin is also here to stay.

“One of the main benefits of blockchain technology is that it helps people verify the integrity of information stored,” Kai-Lung comments. It can make it easier to verify the provenance of goods in a supply chain, secure digital elections, or even track who has been infected or vaccinated during the COVID-19 pandemic.

By 2026, the global blockchain technology market is expected to reach a value of $22 billion, according to predictions by market researchers at Data Intelo.

The growth of digital currencies means it’s crucial that business leaders understand the advantages and challenges posed by this technology. Seen Meng asserts that once we have a widely accepted digital currency that can be used universally businesses will have to adapt quickly to introduce accommodating payment mechanisms.

The blockchain technology that underpins cryptocurrencies has huge potential. Like other tech though it will require deep understanding and a commitment to digital transformation for companies to grasp the opportunities it provides.

Over a decade on from the emergence of Bitcoin it’s clear that the digital payments revolution is only just underway. 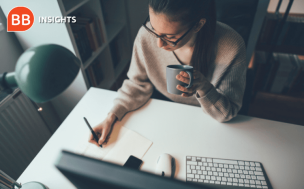 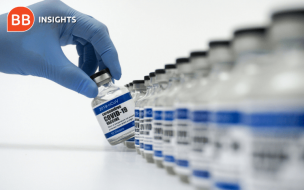 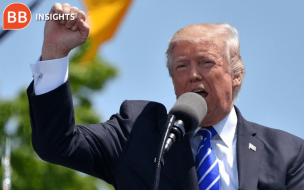 What Trump Needs To Learn About Leadership