Where is it better to study: Europe or Asia? It can be difficult—even impossible—to get a clear answer to this question, and it’s one that many business school applicants are now asking.

As China plays a more important role in global economy with growing tech hubs like Shenzhen on offer and super-fast transport making the region more connected, many students are looking East for their business education; in particular the Chinese territory of Hong Kong.

The city is famously international, with almost 5% of its population being made up by ex-pats, while also offering connections into mainland China, advantages that have seen it dubbed the ‘Gateway to China’ for some years now. But what can Hong Kong offer that schools in Europe can’t, and what do European students have to gain by studying there?

We decided to find out from students who have studied in both, thanks to the Master’s programs at the Chinese University of Hong Kong (CUHK) Business School.

A different approach to problem-solving

Perhaps the most obvious thing that a degree in Hong Kong offers for European students is an insight into something different, but for many students, it simply doesn’t occur to them.

For Lorenzo Chiado’ Piat, a current MSc in Finance student, a degree in China wasn’t always on the cards.

Lorenzo grew up in Europe, and before studying for a semester in the United States in high school, he’d never considered anything else.

“Because I’ve always lived in Europe, I’d always considered Europe to be pretty much the only option,” he recalls. “Moving to the States, I realized there are so many different points of view to approaching anything in life.”

As a result of his experience away from home, Lorenzo looked to expand his worldview, and when ESCP Europe and CUHK Business School offered him the chance to pursue a dual-degree in both regions, he jumped at it: “With this Master’s, I really wanted to see and explore how the culture thinks and approaches problems,” he says.

The experience has certainly been eye-opening. Particularly as an early-career graduate, Lorenzo has been struck at the different approach to problem-solving he has witnessed in Asia, and hopes to take this knowledge with him into the next stage of his career.

“I’ve learnt that the way of thinking and approaching anything here is more systematic,” he explains. “They break down each process into different parts and solve them one by one.

Indeed, access to diverse perspectives has been abundant in Lorenzo’s experience at CUHK Business School, and he highlights the exposure this has given him for his future career.

For instance, the school holds a careers fair, with four days of industry-led talks representing every sector from accounting and finance to IT and consulting.

“The administration is very efficient here, and there are great links in the careers center for internships and jobs,” he says.

“There’s also a bunch of career talks and networking events where they invite CEOs to share experience and explain how business works—especially being in such a large school with different faculties, it’s easy to get insights to other markets that you wouldn’t get from other business schools.”

Insight from the cutting-edge

Louisa Zapf, a fellow student on the MSc in Business Analytics program, agrees.

“The great thing about CUHK Business School is that it’s so up to date,” she says. “It really focuses on topics which are relevant today, or which are expected to become relevant in the future, so you don’t feel like you’ve wasted your time at university working on theories that are decades old.”

Like Lorenzo, Louisa studied previously in Europe—in her case, in Germany—but she seized the opportunity to complete her studies in Asia. Now, several months into her experience, she believes that it has put her ahead of the curve, particularly with the specificity of her degree.

“Asia is known to be ahead in IT and technological development, and to embrace digitization—all topics that are relevant to my study program,” she says.

“Plus, in Europe it’s hard to find a program that focuses on data analysis combined with business studies, so Asia is ahead of Europe in that department.”

Asian experience with a global appeal

In fact, Louisa believes that her Hong Kong education will be an advantage even if she decides to return to Germany.

“German companies are definitely looking for people with experience in Asia,” she says. “I think you can learn much more in terms of how to deal with the culture when you are actually living here than when you attend an intercultural seminar—it definitely puts me ahead of some of the competition.”

Indeed, McKinsey predicted a shortfall of 1.5 million managers with big data analysis expertise in 2018, though worldwide revenues in the area of big data analytics are only climbing. In this climate, the skills Louisa has gained at CUHK will be invaluable.

Overall, both Louisa and Lorenzo report that their time at CUHK Business School has surpassed their expectations.

“I would absolutely recommend it,” says Louisa.

“You really feel like you’re working on something that is currently very important, and that will prepare you well for your future career in a business environment.” 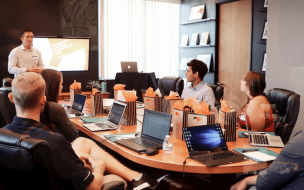 Doing An International Consultancy Project During Your Master's In Management 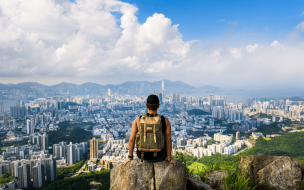 5 Things You Need To Start An International Career 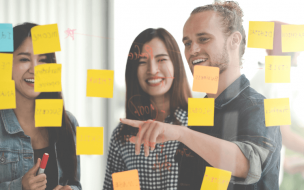 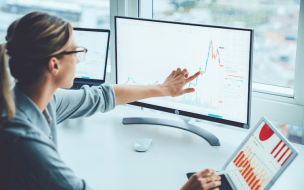 Why Data Analytics Is An Essential Skill For Masters Students 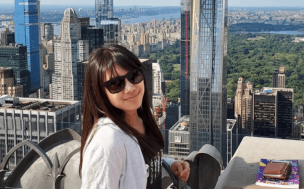 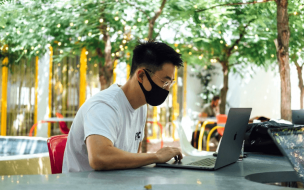 9 Of The Best Online Masters In Business Analytics