The FT has released its ranking of pre-experience Master’s in Finance. We tell you which programs will boost your salary the most

The Financial Times’ ranking of the world’s pre-experience Master’s in Finance programs is out—and there may be more eyes on it than ever before.

According to recent GMAC data, a staggering 38% of business school applicants say that they prefer the structure of a Master’s program to that of an MBA, and there’s no doubt that Master’s degrees do have their advantages.

It’s true that Master’s in Finance programs lack the reputational heft of their brawnier cousin the MBA, but they also offer a more streamlined, specialized, and frequently economical option—particularly for those just starting out in finance.

Although there are options out there for later-career applicants, these are significantly thinner on the ground. Six schools make up the FT's post-experience Master's in Finance ranking, with London Business School topping the pile.Despite being aimed at early-career financiers, Master’s in Finance programs still offer great salary prospects for their grads.

Sitting proud at top position on the overall ranking of pre-experience Master's in Finance programs is HEC Paris, whose 10-month program displaced EDHEC Business School from the top spot. EDHEC has instead slipped to third place, with ESCP Europe rounding off the top three.

Across the overall top 10, Europe reigns supreme, with only two non-European schools—MIT Sloan School of Management and the Shanghai Advanced Institute of Finance (SAIF)—grabbing top spots.

How do graduate earnings compare?

When it comes to the highest salaries, MIT Sloan takes the top position, with the average salary three years after graduation sitting at a whopping $140,888.

Three of the top-five schools for average earnings are based in China: the Tsinghua University School of Economics and Management in third place; Peking University’s Guanghua School of Management in fourth; and Shanghai Advanced Institute of Finance in fifth.

The rest of the top ten spots for salaries are taken up by European schools, with only one—the University of Oxford’s Saïd School of Business, ranked tenth for graduate earnings—that doesn’t feature in the overall top 10.

To get a handle on the program’s transformational qualities, it may be better to look at the percentage increase in the salaries of graduates.

At Warwick Business School, Master’s in Finance grads are likely to almost double their salaries, with a 96% rise the highest in the FT’s ranking. Leeds University Business School students enjoy salary increases of 95%.

Do any schools emerge victorious from this tangle of competing metrics?

The answer is yes. Three schools feature in the top 10 for the overall rankings, the highest salaries, and the highest percentage salary increases.

Firstly, and most prominently, it’s overall top dog HEC Paris, whose Master’s in Finance grads earn the second highest salaries in the world and on average increase their earnings by 82%—the eighth largest increase of any of the listed schools.

The second school that achieves this is Shanghai Advanced Institute of Finance (SAIF); the third, Italy’s SDA Bocconi.

Evidently, MBAs are not the only option for aspiring financiers to boost their careers—and their pay packets. Indeed, for early-career professionals, a Master’s in Finance may be the way to go.

Check out the data from the Financial Times’ Master’s in Finance ranking for yourself below: 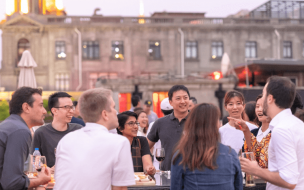 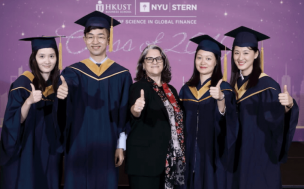 More on Masters in Finance :