Ethan Brown moved from the US to France’s EDHEC Business School to pursue an MiM and a specialized master’s degree. Now, he’s a strategy consultant at Monitor Deloitte

Growing up in a rural town in Georgia, USA, Ethan Brown always knew that for his business career to take off he would have to expand his horizons.

During his undergraduate degree in Business Administration he took the leap, studying abroad in Beijing and Shanghai and taking a dual degree at a business school in Poitiers, France.

“I stayed there for one year with a lot of other international students,” he recalls. “It was a really amazing exciting experience I decided that’s what I wanted to keep doing—I didn’t want to just stay at my small regional university in the US.”

Following his return from France, Ethan’s mentor, a leader of a large Fortune 500 company, gave him one piece of advice that changed everything for him—that he had to move to succeed in business.

“I realized that if I wanted to be like my mentor, I needed to get international exposure and a MBA or Master’s degree," Ethan says.

Ethan turned to EDHEC Business School—in fact, it was one the first schools he contacted. EDHEC’s Master in Management is ranked in the top 20 worldwide by the Financial Times and EDHEC is among just 1% of business schools globally to have triple accreditation from EQUIS, AMBA, and AACSB.

Ethan on the EDHEC lawn on his first day

As well as its flagship Master in Management program, EDHEC offers a range of specialized masters—from Masters of Sciences in Financial Markets Corporate Finance & Banking, to MScs in Strategy, Marketing, and more.

For Ethan, choosing a double master’s degree was a no-brainer. It offered the chance to pursue the top-ranked MiM, combined with a second specialist MSc in Strategy Consulting and Digital Transformation.

During his studies, Ethan had the chance to follow two separate internships, improving his French skills and gaining hands-on experience. One of those companies, “a small firm where everything was done in French,” Ethan says, gave him the chance to explore the consulting culture in the country.

“My goal was still to be in the top management of a company one day, and the MSc in Strategy Consulting and Digital Transformation had an intensive track to group people together that wanted to go into strategy consulting, with specialized coaching,” Ethan explains.

Ethan’s specialization in Strategy Consulting allowed him to take part in practice strategy job interviews and intensive case-cracking, while the broader MiM gave him the management foundations that are crucial for any role.

But it wasn’t just the core academic curriculum that drew Ethan to EDHEC. After leaving the US, he was looking for somewhere to call home. “EDHEC does a really great job at making American students feel a sense of belonging,” he says.

At EDHEC, Ethan gained access to a network of like-minded students and successful alums. “What the EDHEC experience provided me that I didn’t have in my studies in the US would definitely be the group work—you have to learn to be good at it or you're not going to make it through EDHEC!” he smiles.

Ethan (center) and his team at the EDHEC Sailing Cup

Ethan’s choice of dual-degree came in handy towards the end of his experience, when it came to applying for jobs in France.

“If you want to stay in France afterwards, a double diploma will increase your chances,” he asserts. “This is one of the few diplomas that is recognized by the French government as the ‘Grande Ecole’, which lets young aspiring individuals stay in the country after they finish their studies.”

After ensuring that he could stay in France after graduating, it was a word-of-mouth recommendation that gave Ethan his ‘in’ at Monitor Deloitte, the company’s international consulting arm.

“We had a coach in the intensive track who was providing interviews for us,” Ethan explains, “and he said, ‘if you're going to target strategy consulting, in France there’s one firm you’ve got to prepare for and that’s Monitor’—and he put me in contact with somebody.”

Ethan was invited to interview, using the same interviewing techniques he’d practiced with his coach at EDHEC. “Case-cracking strategy sessions were the basics of the classes at EDHEC, so if you are doing well at that you have no excuse not to do well during an interview,” Ethan says.

In his role as a strategy consultant at the firm, Ethan says he’s still using the skills he picked up from his experience at EDHEC, including effective research, teamwork, and the ability to synthesize large amounts of information.

“Education in the US is based a lot more on, ‘here’s the textbook’, but that’s not the education that EDHEC provided—you really learn to be resourceful.

“It was also just fascinating [at EDHEC] to be surrounded by different people that had different goals in life that were in the same area as you but didn’t take the same path to get there,” he continues.

“If ever I want to change roles or see what’s going on in different fields, I know I can reach out to some of my fellow students—and I also know that they’ll be future leaders or influencers in their fields too.” 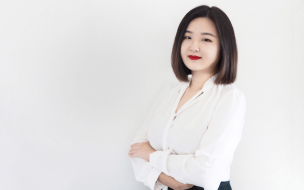 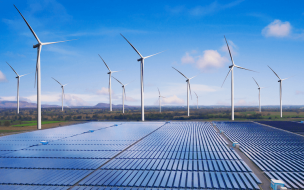 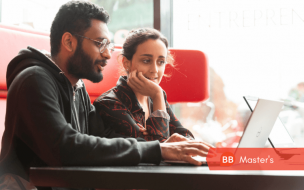 What Can You Expect From A Business Master’s Curriculum? 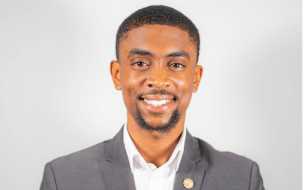