When looking for business communication lessons, a children’s television show might not be a conventional place to start.

When the Fred Rogers Archives opened up during Alexandra's doctoral work, she felt inspired to distill these insights into a book, On Becoming Neighbors: The Communication Ethics of Fred Rogers.

For Alexandra, and many others who grew up watching Fred Rogers’ educational show, the entertainer played an important role in her formative years.

“He just spoke directly to me in a loving and friendly way,” she explains. “It’s remarkable how many people felt they were in a relationship with Mister Rogers.”

Fred Rogers’ deep understanding of how to communicate with his audience propelled his show into the national consciousness, and it ran for over three decades.

Below are four business communication lessons that Fred Rogers can impart:

At the end of every episode of Mister Rogers’ Neighborhood, Rogers would sing off with the phrase “There’s no person in the whole world like you; and I like you just the way you are.”

Acknowledging each member of his audience as a unique individual is what allowed him to build a dialogue with his viewers, Alexandra argues. This recognition of diversity is not out of place in a business context.

“Understanding the individual as having unique worth, and contributing uniquely is a good starting point for interacting with one’s teammates and colleagues,” she explains.

This recognition can help you assess your colleagues’ strengths, and learn to tailor your communication style to resonate with each team member.

In response to the coronavirus pandemic, having this flexible approach is more important than ever. Offices around the world have had to adapt to remote work, and differing home situations and temperaments mean that different communication methods are needed.

Communication does not happen in a vacuum, and understanding which method works best for which purpose is important.

“He realized that television as a medium has great power and influence over everyone—especially children,” she notes.

This realization influenced the content of Rogers’ programming. When Mister Rogers’ Neighborhood first aired, most children’s television consisted of slapstick humor in front of a live audience, but he believed the medium could be used for more.

Since television offers a window to speak to people directly in their homes, Rogers saw an opportunity to create a personal conversation, achieved through moderately paced dialogue delivered straight to the camera.

In the workplace, too, choosing the right communication medium is crucial.

“Knowing which messages are most appropriate for which medium is important,” notes Alexandra. “For example, use Zoom or in-person meetings when connecting on a more human level is needed.”

This is a distinction she discusses in her business communication class, offered through JHU Carey’s MBA programs.

Effective communication cannot happen without active listening—whether you are educating an audience of children, or solving problems at work.

Fred Rogers exemplified this careful listening when he responded to viewer mail, Alexandra observes. He had a hand in responding to every letter, and would construct his responses as part of a dialogue, acknowledging the viewer’s message before adding his own comments.

In fact, Rogers did exactly this when he replied to Alexandra’s own childhood letter.

“I asked why [one of the show’s puppets,] King Friday wore tights, because he was a boy,” she recalls. “Rogers indicated how proud of me he was for thinking of such an interesting question and expressing it to him.”

Acknowledging the validity of other people’s questions and perspectives before adding your own thoughts is a useful communication technique in the business environment.

“It leads to strong relationships where people feel valued, and like they’re contributing to the generation of ideas that will be used to solve problems,” says Alexandra.

According to the World Economic Forum’s Future of Jobs Report, emotional intelligence is one of the top 10 skills professionals can have in 2020.

As well as facilitating self-awareness and empathy, being emotionally intelligent can aid workplace communication.

One important aspect of emotional intelligence is the ability to create an emotionally supportive space, where people can comfortably share their thoughts and feelings.

Rogers applied this philosophy to his show by asking “won’t you be my neighbor?” at the start of each episode. He then replaced his formal shoes with sneakers, further creating a comfortable, informal atmosphere.

Only after establishing this friendly connection with the viewer does Rogers embark on the episode’s educational journey.

“This can also be applied to business meetings, since human connection is needed to build relationships,” says Alexandra.

At JHU Carey, she is careful to emphasize these relationships as the cornerstones of a successful business.

“The business leadership class I teach is very focused on doing business with unwavering humanity,” she explains. “It’s still one of our school’s foundational mottos.

“Mister Rogers’ very special style of engagement, and his insight on the needs of human beings, are being more and more appreciated and valued within the business school educational experience,” she concludes. 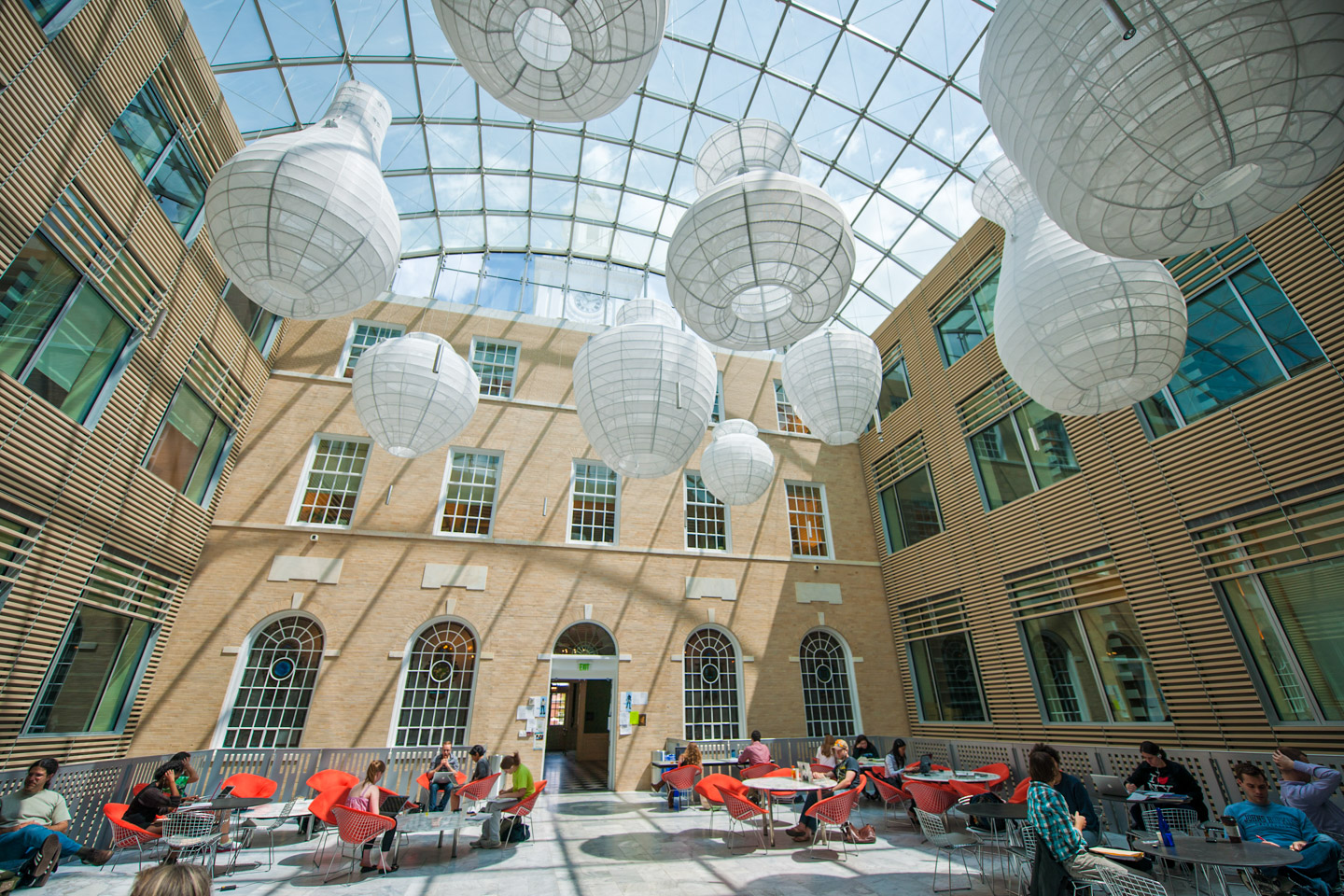 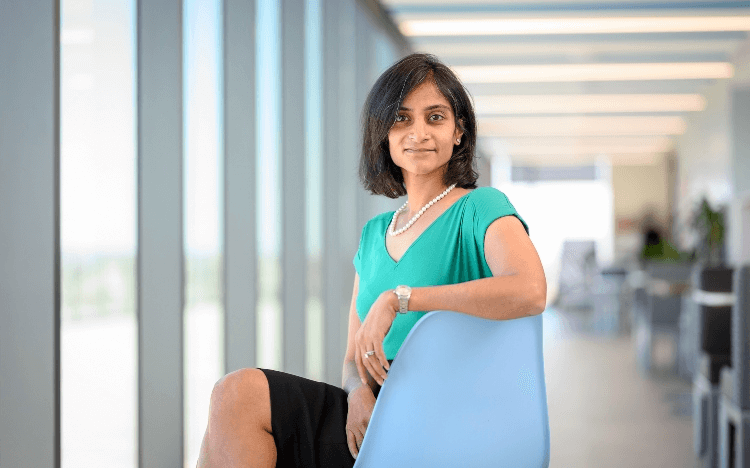 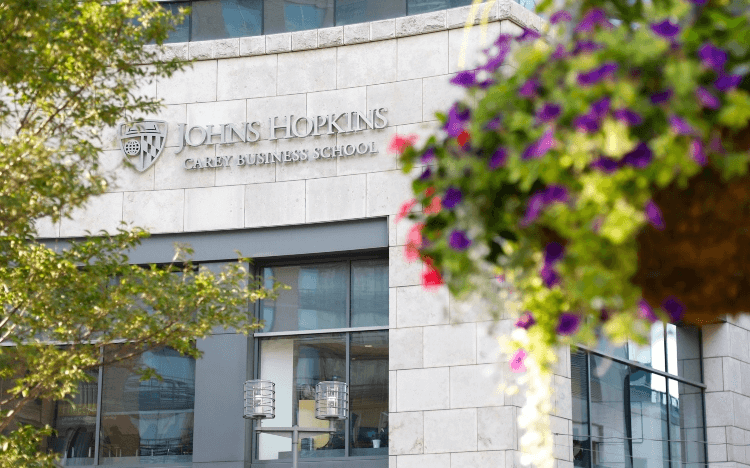 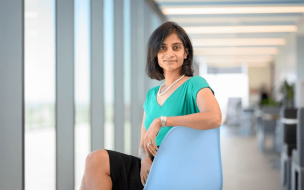 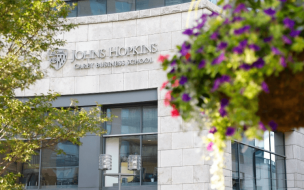