Find out which business schools top the Financial Times MBA Ranking 2021, as Harvard, Wharton, and Stanford decline to participate

INSEAD is the best business school in the world—that’s according to the latest Financial Times MBA Ranking, which saw several top business schools decline to participate.

The top three from last year’s ranking—including the winner Harvard Business School, Stanford, and Wharton—pulled out of the 2021 FT ranking in a continuation of a rankings boycott which saw 62 business school snub the Economist MBA Ranking in January 2021.

The FT’s list, however, is a great deal more credible with 20 of the business schools that pulled out of the Economist ranking taking part.

The FT ranks schools based on a range of criteria with particular weight given to employment rates and alumni salaries three years after graduation. Other key metrics include the diversity of students and faculty and the quantity of research published in recognized journals.

The FT claims it was issues gathering data from schools, disrupted by the coronavirus pandemic in 2020, which led a number of schools to pull out of the ranking this year.

In this context, some schools reaped the rewards, with Chicago Booth climbing up from 10th to third in this year’s ranking. IESE Business School, which topped the Economist MBA Ranking, shot up from 13th to joint-fourth with Yale School of Management, up from 14th last year.

Among the biggest climbers in the FT’s top 20 are Georgetown University’s McDonough School of Business, up from 31st to 17th, and Italy’s SDA Bocconi School of Management, climbing from 29th to 12th.

CEIBS, the only Chinese business school in the top 10, slipped from fifth to seventh this year.

Based on the FT’s various ranking metrics, the best business school in the world for CSR is IESE Business School.

You can get the biggest salary increase at Fudan University School of Management in China; the best for international course experience is The Lisbon MBA; and the best for value for money and its careers service is the University of Florida’s Warrington College of Business.

University of California at Irvine: Merage is nearest to gender parity among faculty, at 45% women, while the University of St Gallen is ranked best for international mobility.

The highest new entry on the list was China’s Tsinghua University School of Economics and Management, at 67th, largely due to the salaries its MBA students command three years after graduation.

University of California at Irvine: Merage 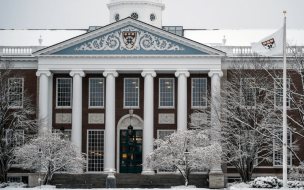 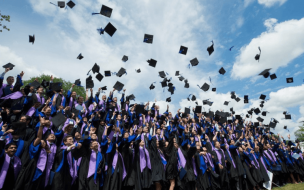 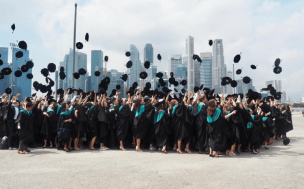 The Best Business Schools In Asia