8 Amazing MBA Experiences You Can Only Have At Chicago Booth

Picnics, dance-offs and entrepreneurship at a unique US b-school

Chicago Booth is one of the oldest business schools in the US, and most unique in the world.

It prides itself on its community: its 585-strong MBA class is 48% female with 54 different nationalities represented.

It boasts two Chicago-based campuses as well as international campuses for EMBA students in London and Hong Kong. And the Booth community extends beyond the classroom, with a network of 49,000 alumni spread out across the globe.

Run by six Chicago Booth students, the Booth Experience Blog reports on the diverse experiences of a diverse cohort; their studies, their international experiences and their nights out.

We’ve picked out some of the highlights to give you eight amazing MBA experiences you can only have at Chicago Booth:

1. Picnic under the Ideas of Stone tree

Created by Italian artist Giuseppe Penone, and known affectionately as “the tree,” the sculpture marks one of Booth’s many beauty spots; a perfect place to work, catch up with classmates and have impromptu mass picnics in the summer sun.

At Chicago Booth, students can expect exclusive insight into starting a business from MBAs who’ve done it; like Bryan Johnson (pictured above), who founded online payment firm Braintree.

In 2007, Braintree placed first in Booth’s New Venture Challenge (NVC); a startup accelerator come business plan competition which awards over $778,000 in funding to its best business ideas. In 2013, it was acquired by PayPal for $800 million.

3. Walk around the world

Temple-hopping in Japan, hot air ballooning in Turkey and sailing in Nicaragua (pictured above). In August each year, incoming students can kick off their MBA experience with Booth’s “Random Walk” program; sightseeing, partying and getting to know their classmates on a week-long international trip.

Famous for its art, culture, music, deep-dish pizza and hot dogs, Chicago is a well-connected international city; the perfect location for two of the most formative years of your professional life.

5. Winter in the windy city

Chicago winters are cold. But with ice skating in Millennium Park, a massive German-style Christmas market and the spectacular sight of a snow-covered city and a frozen-over Lake Michigan, there’s lots of fun to be had.

Festivities, formals and flash mobs. Right from the start, MBA students at Booth are thrown into a whirlwind of social activities.

Booth’s Dance Club perform a first day flash mob dance for the school’s most recent recruits. And new students at Booth are invited to an orientation weekend where they learn more about the program, meet their classmates and party at some of Chicago’s hottest nightspots.

From rugby to real estate, boxing to investment banking, wine tasting and yoga; Booth is home to 80 student-led groups. Away from the strains of MBA life, music-lovers can enter battles of the bands and let loose in hip hop dance-offs.

8. Take a trip down memory lane

As a Booth student you can be part of a unique, 118-year history. Famous alumni include McKinsey founder James O. McKinsey, Microsoft CEO Satya Nadella and Private Equity tycoon David G. Booth, whose $300 million donation was the largest of its kind and led to the school’s renaming in 2008. Booth’s current roster of professors includes Nobel laureate in Economics, Eugene Fama.

More about The University of Chicago Booth School of Business: 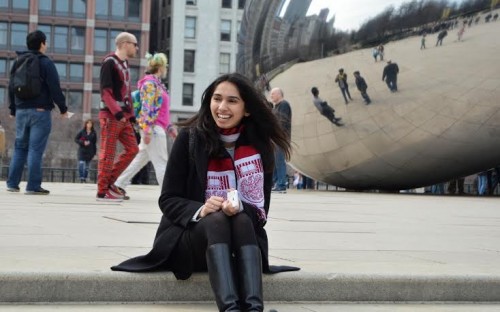 Why I Chose The US Over Europe For My MBA, At Chicago Booth