Joseph Roy wanted access to the Chinese business elite. At CKGSB – from where senior-level alumni account for over 16% of China’s total GDP – he gets just that

Joseph is a current MBA student at Beijing’s CKGSB

Determined to pursue a career in China, Joseph Roy chose Beijing’s Cheung Kong Graduate School of Business (CKGSB) over top-ranked business schools in the US for his MBA.

Born and raised in California, Joseph studied Chinese at undergraduate level in New York – his first visit to China was during a study abroad trip to Beijing. He worked in the education sector in China for several years until, in 2016, he decided to immerse himself in Chinese business and pursue an MBA.

Joseph wanted access to the Chinese business community elite. At CKGSB, he’s got just that. The school boasts a 10,000-strong alumni network. More than half of them are CEOs or chairmen of Chinese companies which, collectively, account for over 16% of China’s total GDP.

He’s enjoying the extra-curricular side of MBA life in China too. With a group of MBA classmates, he’s just taken part in a three-day, 25-miles race through the Gobi Desert in Inner Mongolia.

Joseph went into the 14-month CKGSB MBA expecting to take a more traditional career route and land a job in a big corporate after graduation. Through the school’s network, he’s partnered up with an elite mentor – a successful entrepreneur in the entertainment industry. Set to graduate in October this year, he’s now considering taking the leap and starting his own business.

Why did you decide to pursue an MBA at CKGSB?

I knew that I wanted to have my career connected to China in the future, but I wasn’t sure exactly where I fitted in. Much of the job and career-related information in China is not very accessible. If you want to know exactly what’s going on and how you can play a role in it, it’s best to talk to people who are doing what you’re interested in. That’s not always easy.

What I liked about CKGSB is that it’s a huge platform that brings lots of different kinds of people together. Even outside the MBA class, we get to interact with people from different industries in China. From these conversations, I’m already starting to get a good idea of where I can find the best opportunities.

CKGSB is also more tailored to the China environment than other Chinese schools. A lot of the cases we study are written by our professors and based on real information about what’s going on behind the scenes in Chinese business.

Why did you choose CKGSB over top-ranked MBA programs in the US?

I did consider a US-based MBA. But since I plan on staying in China, it made sense to get a set of hands-on skills that are really applicable to China. It was clear that an MBA in China was the direction I needed to go.

I also think that China is no longer a strange place for companies to go. We’ve passed the stage of just having the huge Fortune 500 firms in China. For smaller companies looking to enter the Chinese market – as well as Chinese companies going abroad to the US for example – there’s a real need for people who have experience of both sides.

Why is Beijing a good destination for MBAs?

Beijing is home to a highly active start-up community that is often referred to as the Silicon Valley of China. Being the capital city, Beijing attracts the best talent in China and has the biggest concentration of VC headquarters, as well as the government, which is a huge factor once your business begins to scale up.

I wanted to build a strong network in China and so I decided to be in Beijing. I regularly attend start-up events and often meet with entrepreneurs and investors. It’s no exaggeration to say you can do this every single day. There’s also a fair number of multinationals here, as well as government-supported tech start-ups, which have a huge impact on the economy.

How have you profited from your CKGSB MBA experience so far?

One thing that CKGSB provides for us is a MBA-to-Business Leader mentorship program. My mentor is Sasha Liu, who is the founder and president of Blackarc-Ogilvy, the digital unit of Ogilvy Group China. As the head of a top-tier advertisement & media company, she is very influential and knowledgeable.

As her mentee, I get the opportunity to observe the operations of the business, talk to different members of her team, and understand how both the company and the industry works. I’m now thinking about starting my own business in the entertainment industry in China. That’s something I would never previously have thought of doing.

What should applicants think about when deciding to do an MBA?

Nowadays, most business schools follow a similar academic structure. What sets a school apart, is its people. Before I joined CKGSB, I went to a few of their events. The first one I went to was about Corporate Social Responsibility (CSR), and around 80% of the people there were business people from outside the school – that’s something that’s hard for other schools to replicate.

CKGSB is a school that’s part of – and influences – the business environment in China. That’s a key thing to consider when choosing a school for your MBA.

Great article! Thank you for giving me this extremely useful knowledge house wrap for construction Atlanta 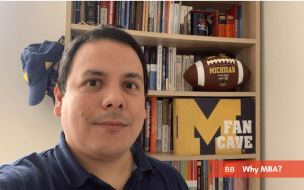 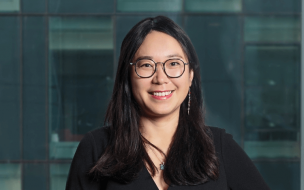 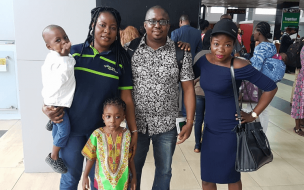 Why MBA: Indian School Of Business